Главная/Книги/Художественная литература/Фантастика, мистика /Harry Potter and the Order of the Phoenix
-20%Скидка 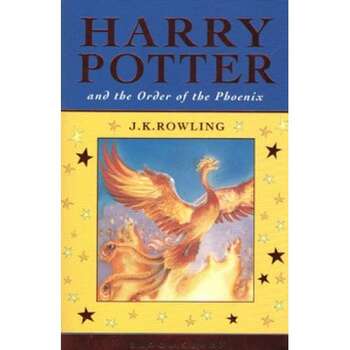 Harry Potter and the Order of the Phoenix

Harry Potter is spending another summer with his dreadful Aunt Petunia and Uncle Vernon, when a pair of Dementors stage an unexpected attack on Harry and his cousin Dudley. After he uses magic to defend himself and Dudley, he is temporarily expelled from Hogwarts School of Witchcraft and Wizardry for using magic outside of the school, despite being legally allowed to do in self-defence, before it is rescinded. A few days afterwards, Harry is visited by a group of wizards and Mad-Eye Moody and is whisked off to Number 12, Grimmauld Place, London, the home of Harry's godfather, Sirius Black, and the headquarters of the Order of the Phoenix. As Harry learns from his best friends, Ron Weasley and Hermione Granger, the Order of the Phoenix is a group of witches and wizards, led by Hogwarts headmaster Albus Dumbledore, dedicated to fighting the evil Lord Voldemort and his followers. The Order is forced to operate in secrecy, outside of the jurisdiction of the Ministry of Magic, which is headed by the dense and corrupt Cornelius Fudge, who refuses to believe that Lord Voldemort has returned. In addition, Harry learns that he and Dumbledore have been made victims of a ministry smear campaign aimed at discrediting them and their beliefs about Voldemort's return. Because of his use of magic, Harry's fate is to be determined at a discipliniary hearing at the Ministry of Magic, which turns out to be an apparent show trial. With Dumbledore's help, Harry is cleared by theWizengamot and permitted to return to Hogwarts.